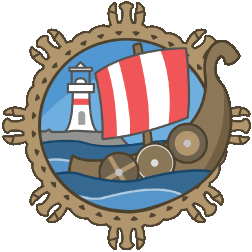 Fyrd [ˈfyrd]: a type of early Anglo-Saxon army that was mobilized from freemen to defend their shire, or from selected representatives to join a royal expedition.

In fifth and sixth century Anglo-Saxon Europe, when a kingdom became besieged by an outside force, and there was no garrison of troops standing by, those who needed defending would call upon the Fyrd. All were expected to serve; though service was relatively short. As Viking raids began to swiftly increase, and moving large troops to defend their targets was impractical, the defenses of the outlying villages and monasteries fell to the Fyrd. There were well trained people at its heart, but all were expected to serve when called.

The Portland Fyrd is a Hurstwic study group. We are dedicated to the study and practice of historical Viking age martial culture. This includes everything from the weapons they used, to the Sagas they wrote, to the language they spoke and the food they ate.

We are located in Portland Maine.

If You would like to know more, or join The Portland Fyrd, please send any inquiries to: ThePortlandFyrd@gmail.com